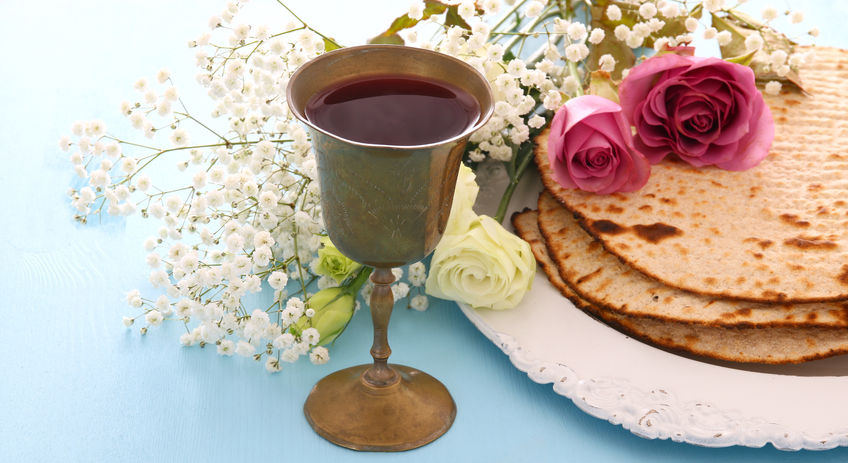 Was the Last Supper a Passover Seder?

Originally, Passover night was a rather informal affair, There was no ornate Passover plate, no Haggadah, the book of prayers and blessings that we today at every Passover seder.

Instead in ancient times each father would teach his child in his own way and with his own words, while the children spontaneously asked questions.

The Passover Seder initially served as a means for performing the four Biblical rituals for the evening of the 15th of Nisan: 1)To eat the paschal offering  2) to eat the pascal offering with maror (bitter herb), 3) to eat matzah/unleavened bread and 4( to tell the story of the Exodus from Egypt.

In the time when the Temple stood, Passover night centered around the paschal offering, making ample use of the abundance of spring lambs and goats. That ritual has long since ceased and, for the past 2,000 years, the paramount Passover symbol has been matza, a reminder of bondage and of the night the Jews hastily fled Egypt.

It was after the destruction of the Temple, the Seder (Aramaic meaning “order”) got its name and evolved into its current form.

When the Sages living in Israel two thousand years ago — then under Roman occupation — were developing the formalized post-Temple Passover night liturgy, they incorporated into it not only the various Biblical commandments but also many elements from the contemporary Greco-Roman symposium (Greek for “drinking together”) which was actually was a ritualized upper class banquet .

What was it like? The banquet included an intellectual dialogue, while  reclining on couches, ritual hand-washing, dipping hors d’oeuvres, fruit-and-nut relishes, a series of ritual wine libations,

Next came a sumptuous meal, and a series of questions as a starting point for an intellectual discussion of a designated topic.

Scholars note that the evening always began with a series of hors d’oeuvres dipped into wine vinegar or other liquids intended to stimulate the appetite before the meal.

Recall that in our modern seder, the first dipping, immediately following the first cup of wine, helps to open the Passover rituals and announce the special nature of the evening.

The Sages augmented the ritual of the maror (the bitter herb… chrain for Ashkenazi, Lettuce for Sefardim by mandating that it be dipped into a fruit mixture called charoset, constituting a second dipping.

The Mishnah (Pesachim 10:3) directs that, following the first cup of wine: “They bring [a small tray-like table] before the Seder leader so that he can dip ba’chazeret “with lettuce” for the first dipping

Then they bring [a second table] before the leader and this time it’s laden with matza, chazeret [“lettuce” for maror], and charoset and two cooked dishes [in remembrance of the Pesach and Chagigah offerings — today usually a roasted bone and a roasted egg].”

The original Seder had a definite Greco-Roman and Middle Eastern flavor, most notably a Greek style of dining with the participants actually reclining on low couches, pillows, or carpets around a central location.

The various Seder items were placed on several low tables, which were carried in and out of the room at designated points in the ceremony and placed in front of the Seder leader. This practice is maintained today by many Yemenites and other Eastern Jews.

A problem emerged in Europe, however, where during the early medieval period the practice developed to dine around a single large table while seated upright in chairs. At first, instead of bringing in and out the small tables, the various Seder items were merely arranged in a large wicker basket (around 1000 CE) and then later on a large platter, which could be moved at appropriate times. Eventually, craftsmen created a special plate (ke’arah) to hold the traditional foods.

Was the Last Supper a Passover Seder?

Many people assume that Jesus’ Last Supper was a Seder, a ritual meal held in celebration of the Jewish holiday of Passover. And indeed, according to the Gospel of Mark 14:12, Jesus prepared for the Last Supper on the “first day of Unleavened Bread, when they sacrificed the Passover lamb.” If Jesus and his disciples gathered together to eat soon after the Passover lamb was sacrificed, what else could they possibly have eaten if not the Passover meal? And if they ate the Passover sacrifice, they must have held a Seder.

Three out of four of the canonical Gospels (Matthew, Mark and Luke) agree that the Last Supper was held only after the Jewish holiday had begun. Moreover, one of the best known and painstakingly detailed studies of the Last Supper—Joachim Jeremias’s book The Eucharistic Words of Jesus—lists no fewer than 14 distinct parallels between the Last Supper tradition and the Passover Seder.

Jesus was born, lived and died a Jew and his life as recorded in the Christian bible includes celebrations and traditions that support his and lifelong Jewish connection.  For example, when the Christian bible speaks of the presentation of the baby Jesus in the Temple eight days after his birth, historians recognize this event as the Brit Milah or circumcision ceremony. Then, as a young teen, Jesus is described as having preached in the Temple – an event that speaks to the coming-of-age Bar Mitzvah ceremony.

Throughout his life, Jesus emphasized his adherence to basic Jewish traditions, so it is not at all unusual that many historians believe that Jesus’ “Last Supper” was most likely the traditional Passover Seder meal.