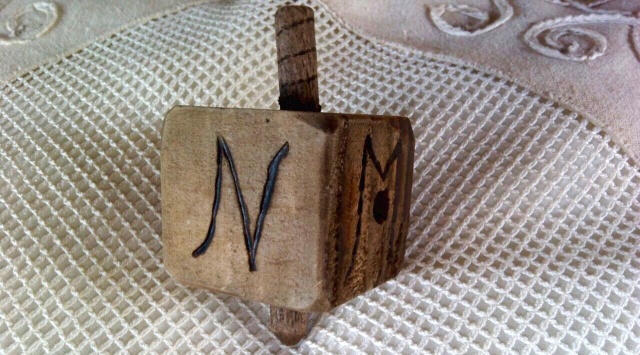 In Sardinia a Chanukah Dreidel Hides in Plain Sight

On the Italian island of Sardinia it wouldn’t be Natale (Christmas) without spinning the “barrallicu,” (“bar-a-LEE-koo”), a wooden 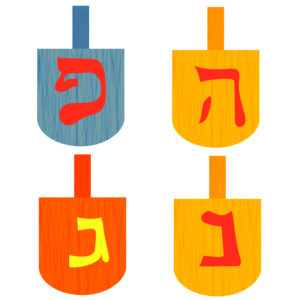 cube made to spin like… well exactly like the dreidel used by Jews throughout the world as a favorite Chanukah game!  The similarities are stunning. Just like the Chanukah dreidel, the barrallicu is a holiday favorite with players winning or losing almonds or hazelnuts taken from a pile in the middle of the table. In fact you can find several YouTube videos that demonstrate how to play the dreidel game.

What makes the barrallicu so “dreidel-ish?” Not only are the rules of the game incredibily similar, but so are the markings on the cube. According to Blogger M. L. Meloni, the letter “T” stand for “tottu,” where the player takes all, while the letter “N”, for “nudda” means the player gets nothing. The letter “M”  for “mesu” means one half is taken,  while the letter “P” for “poni” means that the player “ponies up” and places all his winnings back in the original pile.

Thanks to author “M. L. Meloni’s post at SardiniaLink we are able to view the “barrallicu” up close. Yes, si,” and ken, it looks exactly like a dreidel. Could the barrallicu have originated from Jewish tradition? Elio Moncelsi, author of “Ebrei in Sardegna” (“The Jews in Sardinia”), believes the similarity is no accident. In fact many historians report that ever since Rome expelled thousands of Jews in 19 CE and sent them to Sardinia, “Noi sardi abbiamo tutti una goccia di sangue ebreo,” Every Sardinian has a drop of Jewish blood.