Christ is still the Christmas Headline 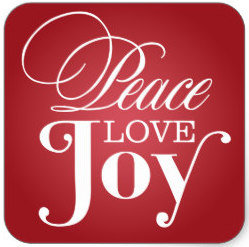 A Christmas Conundrum – An American Rabbi in Catholic Italy: Even here in Italy it’s headline news that public Christmas celebrations in the US are under siege. But the cream in the cannoli (Italy’s version of “the icing on the cake”), is that a US military base has been forced to dismantle the entire nativity scene and unceremoniously boot it off government property.

“Che fa?” “What’s up with that?” ask my Italian friends who want to know how I, as an American Jew, and a rabbi no less, feel about a Christmas tradition that is ubiquitous in Italy but almost banned completely at home.

I have been living and working in Italy for more than a decade, mostly in Serrastretta, a tiny village in Calabria near the “toe” of the Italian “boot.”  As the rabbi of a small pluralistic synagogue and the first and only woman rabbi in Italy, I’m a double whammy minority in a country where Catholic traditions abound.

The main event in our village and in hundreds of others throughout Italy is the nativity scene. These dioramas are called “presepe” (pronounced “pray-SEH-pay”) and during the month of December they proliferate from north to south. There are competitions to see who can make the most creative manger scene. In fact, a first place contender stands in front of a local public high school where art students have created life-size mannequins of Mary, Joseph, the shepherds and the Three Kings and dressed them in historically accurate costumes.

Beginning Christmas week these scenes become even more elaborate when the “presepe vivente” are all the rage. These are special nativity scenes with live 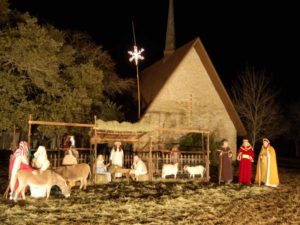 actors and real animals and, if there’s been a birth in town, there’s a real “baby Jesus” in the manger.

As one of the few Jews in the area, I am often asked (mostly by American ex-pats) how I feel about this Christmas practice that has caused such a stir at home. “Does the Nativity offend you?” they ask. I respond, “No, not at all.”

As a Jew I hold Jesus in esteem and I am grateful to him for sharing and living the Torah principles that he learned as child. Most Jews I know do like Christmas. Even though Jews don’t observe the holiday, we are glad that Christians do. Throughout my growing up years in the US, and now as a Jew in Italy, I can say to my Christian friends that I truly enjoy being a guest at your party.

It’s a lesson I learned as a child when my parents taught me the  difference between my own birthday party and someone else’s. It’s a simple lesson that I apply today to the deluge of Italian Christmas celebrations all around me. It’s someone else’s party, not mine.

The lights, the carols, the tree and the nativities indicate that I am a guest who is included in the celebration. I am a polite guest who does not whine, complain or demand that the celebrants take down the decorations, stop the singing and curtail the festivities because it’s not my day. Instead, like most children have learned to do, I share in the joy of someone else’s special celebration.

Here in southern Italy, “Christ” is still the Christmas headline and that’s fine with me. In fact, for many of my Calabrian neighbors, the baby Jesus’ message of peace, love and harmony is the focus of December 25. Not the presents.

Gifts arrive on January 6, brought by “La Befana,” a dear old lady who flies through the air on a broomstick and leaves surprises in the shoes that the children have placed outside the door the night before. Interestingly, “The Befana” represents an important physical separation between the spiritual message of Christmas and the material aspects of the season – a concept that, as a rabbi, I fully support.

So each Christmas season I can wish all of my Christian friends the joys of their holiday, especially since Jesus’ message was one of peace, understanding and love – the very same things we Jews pray for in our synagogues and work toward in our communities. The songs, decorations, and especially the Italian nativity scenes emphasize this to a troubled world. As a Jew, I applaud the Christmas celebration and appreciate the opportunity to be a guest at the party.