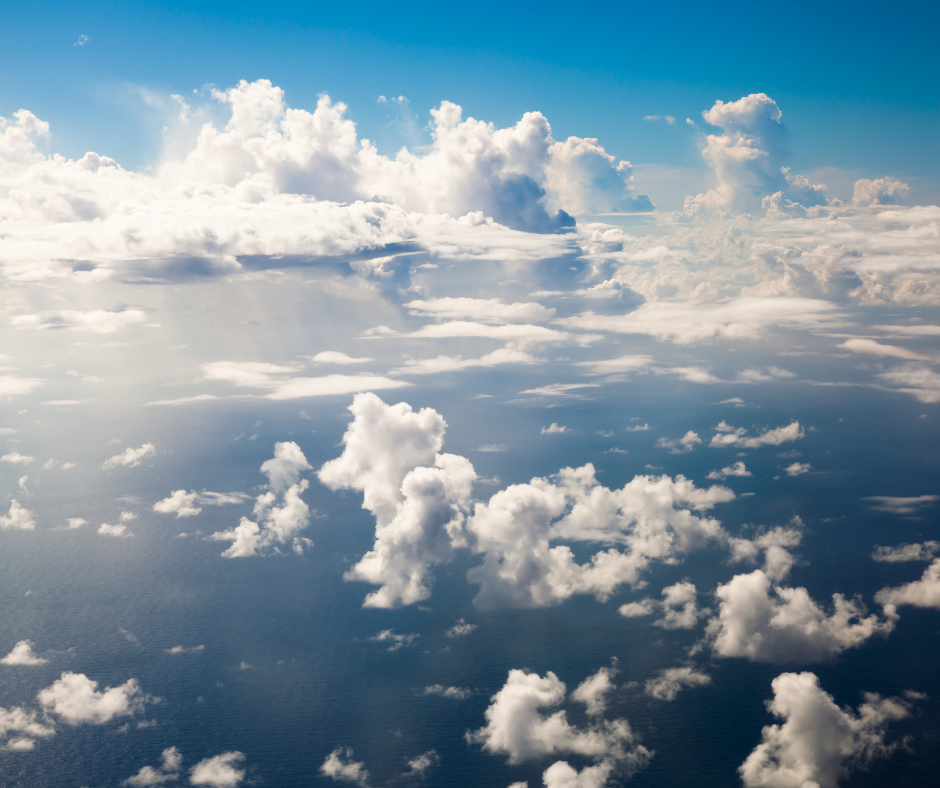 She was just a little girl when it happened. It was early morning in her family’s tumbledown house in a steel town in western Pennsylvania. The little girl, still tucked in her bed with her two sisters asleep by her side, called to her mother. “Mama, come quick. The washing machine is overflowing.”

Located in the basement of the house, the washing machine was indeed on the fritz.  Warm water and soap bubbles were pouring out of the washer’s bin and slopping all over the floor. Within minutes the little girl’s mother had marshalled all the children and several boarders to come to the rescue and clean up the mess.

When the crisis had passed the mother of the young girl who first sounded the alarm became alarmed herself. “How did you know what was happening in the basement?” she asked as she grilled her daughter. “Were you in the basement this morning? Did you try to use the washing machine? And when you broke it you told no one and just went back to bed?”

Cleary the mother was angry and the little girl began to cry. “I never went to the basement,” said the little one. “I woke up and in my head I saw the washer overflowing. That’s when I called you!”

At this point an older sister appeared on the scene. “She does this all the time,” shrieked the sister. “She sees things that nobody else sees.” At that point the older sister brandished a broom and began bashing the little one. “Mama, Mama, our sister is a witch.”

Seventy years later, over a cup of coffee in a local diner, my Aunt (z”l) recounted the washing machine incident, noting that this was the first time she had ever shared the story with anyone.

Auntie said, “Until that day I believed that everyone could see into the future. I had no idea, until my mother confronted me and my sister beat me, that I was completely different from others. Over the years I had more and more visions but it wasn’t until I was much older that I acknowledged these as something positive and decided to use them for good.”

Auntie went on to explain that she was first compelled to divulge her psychic gift when she read about two bank robbers who had foiled a police roadblock. “The more I read the newspaper account, the more certain I was that I had to contact the authorities. I clearly had a vision of a house with the two thieves inside. The house number was clearly visible.  And try as I might I could not get that image out of my head.”

As is often the case with those who have psychic tendencies, taking a vision to the police might arouse suspicion and result in the authorities implicating them in the crime.  Auntie felt the same way. “I thought about making an anonymous tip but that didn’t seem right. So I called the police and told them about the vision. I also gave them my name.”

The detective who visited Auntie was naturally skeptical, that is, until he sent a squad car to the house in question and found the homeowner locked in a closet and the two bank robbers drinking beer at the kitchen table.  The cops were ecstatic and lauded as heroes. Auntie was grateful, not only for the arrest but for the fact that no one mentioned her psychic intervention.

“But did you ever help solve other crimes?” I asked. Auntie wouldn’t say. Instead she fell back on Jewish traditions saying that she came to believe that her visions were gifts from God and she had the responsibility to use her gifts to help others.

In a 2015 article by Marcus J. Freed, “So You Are Psychic. Now What,” the author explains a biblical prohibition that seems to describe my Auntie’s position regarding her psychic powers. Freed writes about the “curious Biblical warning,” that suggests exercising caution when encountering a psychic.

Freed says that should a person meet “a high-level psychic who predicts something that comes true, but they tell you to veer from the path of Oneness and Unity, you should ignore them.” This admonition is found in the Torah itself where we read, “If there will arise among you a prophet or a dreamer of a dream, and he gives you a sign or a marvel … and says “Let us go after other deities”….You must not listen to the words of that prophet or dreamer of a dream”. (Deut. 13:2-4)

Which begs the question; Do Auntie’s psychic powers complement or distort Jewish tradition? Our sages speak of those few men and women who have ““ruach hakodesh,” a higher level of intuition sometimes described as “divine wisdom.” This implies a concomitant level of responsibility. Ancient Jewish sages cautioned against using one’s psychic gifts for selfish purposes, profit, party tricks or show.

During our discussion at the diner, Auntie admitted that her track record was such that police investigators often asked for her psychic input in solving a particularly baffling crime. “I would always help,” Auntie said but I wanted no notice, no publicity and definitely no pay.”

“Did you ever help solve any famous cases?” I asked. I was dying to know some specifics but Auntie wouldn’t budge. Instead she changed the subject, pointing out that the Hebrew word, “Mazal” has a meaning that few understand. “Mazal means ‘constellation,’ Auntie said.

“When we wish someone “Mazal Tov,” we are really saying that the stars are in a good position, actually the stars are lined up in their favor.” For those who had the benefit of Auntie’s psychic gifts, “Mazal Tov” indeed.

For ten years Rabbi Barbara Aiello served the Aviva Campus for Senior Life as resident rabbi. Her most popular columns are now published in her new book, “Aging Jewishly,” available on Amazon books. Rabbi Barbara now lives and works in Italy where she is rabbi of Italy’s first Reconstructionist synagogue. Contact her at Rabbi@RabbiBarbara.com