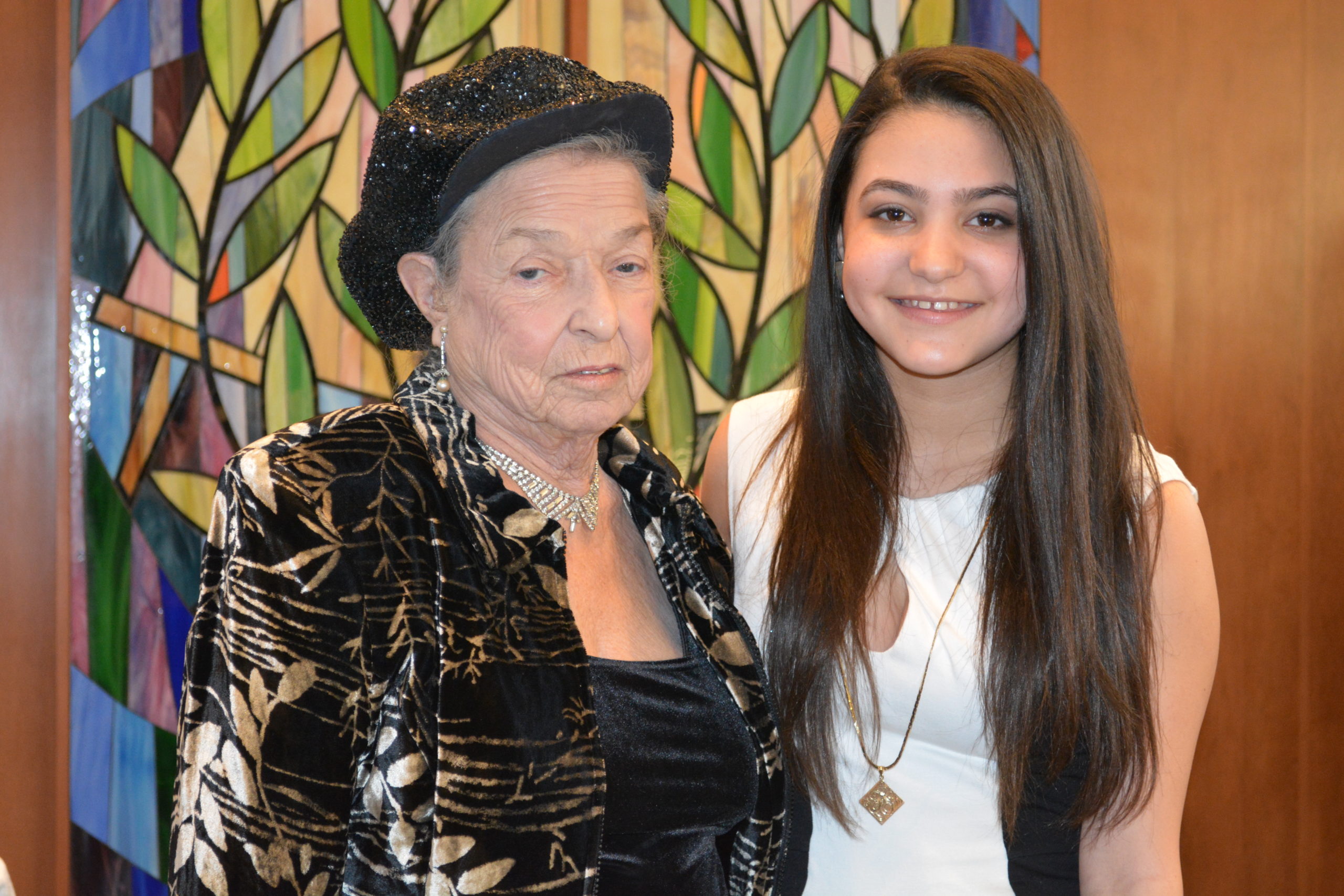 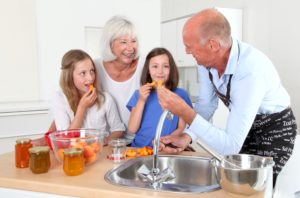 raising their daughters in both faiths.  Magda’s friend “Zayde” Nathan shares her concerns. Nathan says, “My grandson is almost ten and I haven’t brought up the Jewish thing. His parents are atheists and refer to themselves as cultural Jews, but they don’t do anything Jewish. I won’t be here forever. I want my grandson to know about his Jewish roots.”

With a US intermarriage rate at nearly 60 percent, and with more than 30 percent of Jews self- identifying as non-observant or secular, it seems that Grandma Magda and Zayde Nathan’s concerns are not unique. For more than one third of American Jewish families, issues regarding how and when to share Jewish traditions are a sensitive part of the grand-parenting experience.

One of the first to describe the joys and challenges facing interfaith grandparents was author Sunie Levin.  In her groundbreaking book, Mingled Roots – A Guide for Jewish Grandparents of Interfaith Children (UAHC Press, 2003). Levin shares her personal experiences with the topic.

As a rabbi who supports intermarriage and the uniquely rich trove of traditions that characterizes so many interfaith families, I’ve applied Levin’s perspective to encourage Jewish grandparents to share their heritage with the grandkids.

Where to begin? First, some ground rules. Ancient Jewish practice dictates that we Jews do not proselytize, meaning that we don’t actively try to convert others to become Jews. This rule applies to our grandchildren, too. Depending on your family’s Jewish denomination, you may already consider that your grandchildren are Jewish, but modern life demonstrates that Jewishness is less about bloodline and more about day to day behavior.

Respect is also key. You may not agree with the religious climate (or lack of it) in your grandkids’ home, but if you adopt an attitude that demonstrates respect for their choices, interfaith and secular parents may be more open to grandparents’ sharing family history with their children.

The grandkids may understand that mom or dad is Jewish but it’s possible that they have had no experience with the history and traditions of the Jewish people.  That’s where the grandparents come in. As bearers of the flame, grandparents are the family members who give the youngest generation a sense of their history. So it doesn’t matter if the grandkids are part of shul-going family or if they are being raised in a Christian or secular environment, grandparents can play an important role in helping their grandkids appreciate who they are and where they come from.

Here are some things that you can do.

Create a Jewish corner in your own home. Shine the Chanukah menorah and buy some Shabbat candles. Find the family kiddush cup and great-grandpa’s tallit. Select a spot for your mini-museum, making sure that it is eye-level for the little ones. Ask your Jewish son or daughter if she/he would like to contribute a personal item to the “museum,” as well. When the grandchildren visit, show them their family museum, let them explore, touch and ask questions. Personalize the items. “This is my father’s tallit and these were my mother’s Shabbat candlesticks.” Or if these items are no longer accessible, adapt – “This is a tallit like my father wore and these are candlesticks just like my mother had for Shabbat.” Before each visit add an item or two and ask your grandchild if she can find what’s new in the mini-museum.  When the kids are familiar with the items, organize a scavenger hunt to foster a personal hands-on relationship with your family’s Jewish treasures.

If you are able to spend time with your grandchildren, create a cooking school experience. Use family recipes for brisket, latkes, kugel or blintzes and teach the grandkids how to become chefs in Bubby’s Jewish Cooking School.  While you’re creating, be sure to share family memories of how, when and why these Jewish foods were eaten. Invite the parents to sample the feast.

Passover is the Jewish holiday celebrated by more Jews than any other. Regardless of Jewish persuasion the Passover seder (traditional meal with symbolic foods, prayers and stories) has brought more Yiddishkeit to interfaith and secular families than any other holiday experience. With this in mind, have your grandchildren help you organize the seder by creating individual seder plates, matzah covers or book covers for the Haggadah..

Chanukah ranks as the second most popular Jewish holiday, even more special because it has its own unique interfaith meaning.  Kindling the candles and placing the lighted menorah in the window demonstrates the basic tenet of the festival – religious freedom.  An interfaith or secular family is an example of religious tolerance and appreciation of differences. Making or buying individual Chanukah menorahs for each family member can add to the enjoyment and, if you’ve made your “Mini Museum,” they can be enjoyed the year round.

UK’s Rabbi Gideon Sylvester puts it well when he discusses teaching about Judaism to anyone, Jewish or not (Jewish Chronicle 2010). Rabbi Sylvester references the Torah where it says,  “Keep my commandments which a person should perform and through which they will gain eternal life” (Leviticus 18: 5). The verse makes no distinction between Jews and non-Jews – Torah is there for everyone, including our interfaith and secular grandkids.