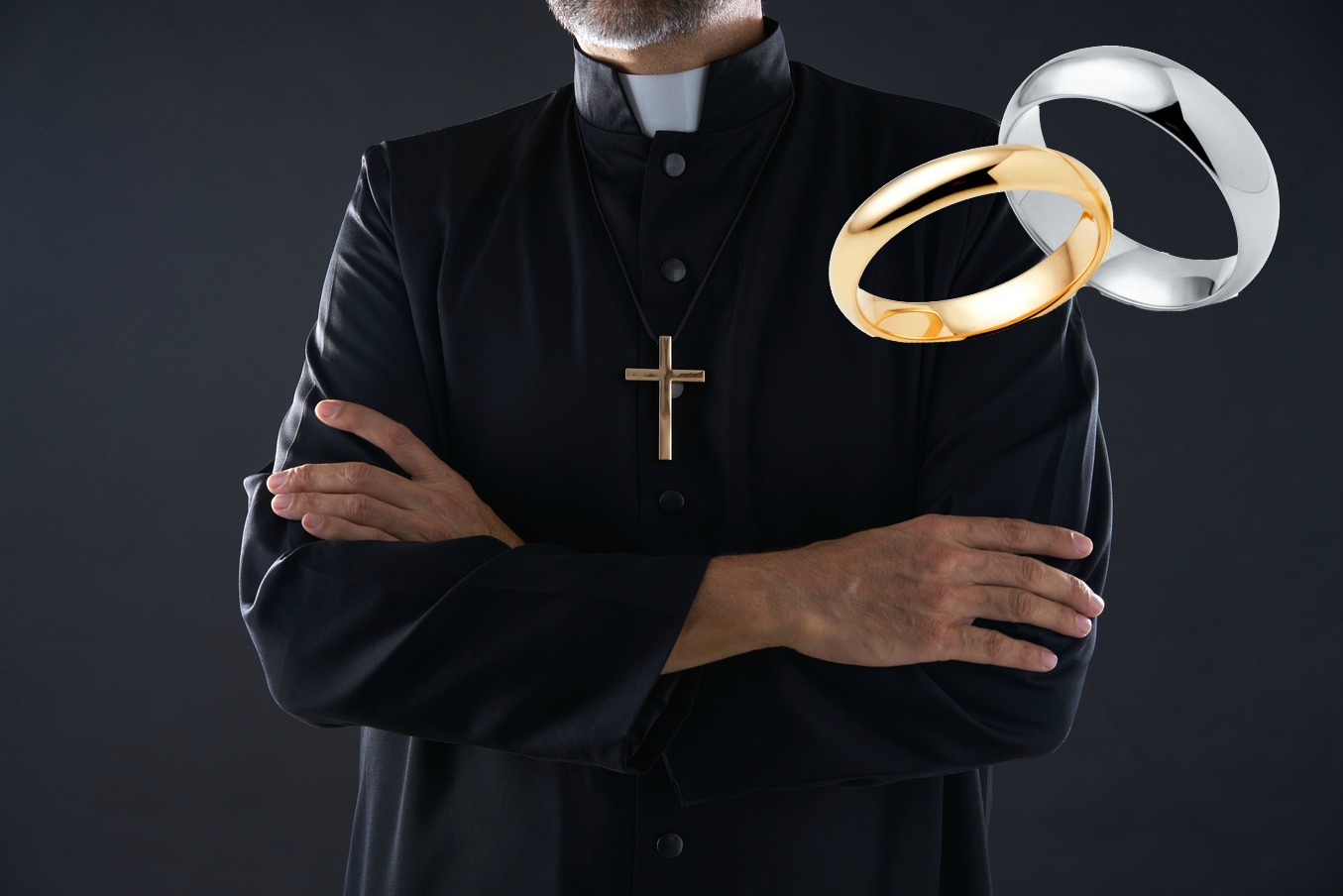 Could Married Priests and Women Priests Revive the Catholic Church?

“I remember when I lived in Brooklyn, my best girlfriend was Catholic, says Helen C., now in her 90’s.  “When we walked to school we’d pass her church, St. Lucy’s. Sometimes we’d stop to say hello to the priest. He was a nice man but he always seemed so sad. I told my girlfriend, “My rabbi has a wife and kids. Your priest should have that, too!”

The issue of whether priests should marry and whether women should be priests has been a topic of conversation for decades and during all those years, Jewish men and women have offered their often unsolicited opinions, mainly because we noticed, just as Helen C., had, that there are good reasons for clergy to be permitted to marry.

In Brooklyn St. Lucy’s church is now closed. Here in Italy where I live and work, I notice the same problems persist. In fact, Father Luigi Iuliano, ( Don Gigi) my friend and colleague contends each day with the closing of village churches and the difficulty of ministering to hundreds of Catholics who no longer have a priest to serve them and he is not alone.  According to the Vatican’s own statistics nearly half of the world’s parishes and missions do not have a resident priest.

As rabbi in the same Italian village where Don Gigi served for more than 25 years I think about my own work as a married female rabbi and wonder if the College of Cardinals would ever consider allowing married priests and women priests to join the Catholic clergy – something that many believe would bring an enormously positive change to the Roman Catholic Church.

I arrived in Italy in 2004 to serve as Italy’s first woman and first non-orthodox rabbi.  In 2006 I returned to Serrastretta, my father’s Calabrian village to establish the first active synagogue in the south of Italy since Inquisition times. Over the years I have had the pleasure and privilege of getting to know a number of priests, who, like Don Gigi, are deeply dedicated. Yet no matter how meticulously they organize their time, it seems impossible for these priests to keep up.  No surprise there. A Vatican sanctioned organization, FutureChurch reports that worldwide there are an estimated 125,000 priests who have left the ministry and their reason for leaving – to get married.

In Italy the priest shortage is monumental. In America it’s not much better. In fact at least 25,000 American men have left the priesthood since 1970, among them my cousin’s husband, Bernie. His wife Patricia recalls that although Bernie loved his secular job, if priests had been permitted to marry, Patricia is certain that Bernie would have stayed. In fact, FutureChurch tells us that 50 percent of married priests would be willing to return to active ministry if they could.

Sadly Bernie has passed on, but if he were here today he certainly would be surprised to know that although for him marriage was out of the question, in America there are now nearly 100 married priests in the Roman Catholic Church. So who are these priests who serve American Catholic parishes with their wives and children in tow? They are men who formerly served Protestant churches as ordained ministers but who made conversion to become Roman Catholics. Following a period of study and examination, these married men were ordained as Catholic priests.

What about women? The Jewish religion has ordained women since the early 1970’s although Regina Jonas, who was murdered in Auschwitz, holds the distinction of serving as the first woman rabbi in modern times. Today hundreds of women serve synagogues as senior pulpit rabbis. We make up nearly 25 percent of rabbis worldwide and as wives and mothers we divide our time, as do most professionals, between work and home responsibilities.

In the modern Catholic Church where the number of priests has declined rapidly, deacons have stepped in to help. Interestingly, of the number of Catholic lay people and deacons currently providing pastoral care, 50 percent are women. Maybe more important are the results from a survey of a group thought to be the most traditional among all Catholics – Irish priests. When they were asked to respond anonymously, 58 percent supported the ordination of women priests. Given that there are a paltry four hundred thousand priests in service compared with the almost eight hundred thousand women religious serving Catholics worldwide, the ordination of women could be the force to bring priests back to abandoned parishes.

Could change like this really happen? Many Catholic scholars believe so. Since the rules regarding priestly celibacy and the ordination of women are not dogma but canon law, Pope Francis, who is seen by many as a reformer, might one day consider including married priests and women priests among Catholic clergy.

Would it work out?  If the Jewish experience is any indication, when women entered the rabbinate their presence created opportunities for small and struggling synagogues to have their own ordained spiritual leader. Fewer synagogues closed their doors as congregants seriously considered hiring women and adjusted emotionally to the presence of a woman on the pulpit.

More than 30 years ago, the late Pope John Paul II said it best when he told the world, “With Judaism… we have a (special) relationship…You are our dearly beloved elder brothers.” With that statement the late pope rekindled the familial relationship between Jews and Christians – a relationship that had been dormant for centuries. It is my hope that we Jews can continue to lead by example so that our Catholic brothers and sisters might have the opportunity to embrace the positive changes that married priests and women priests would bring to their Church.