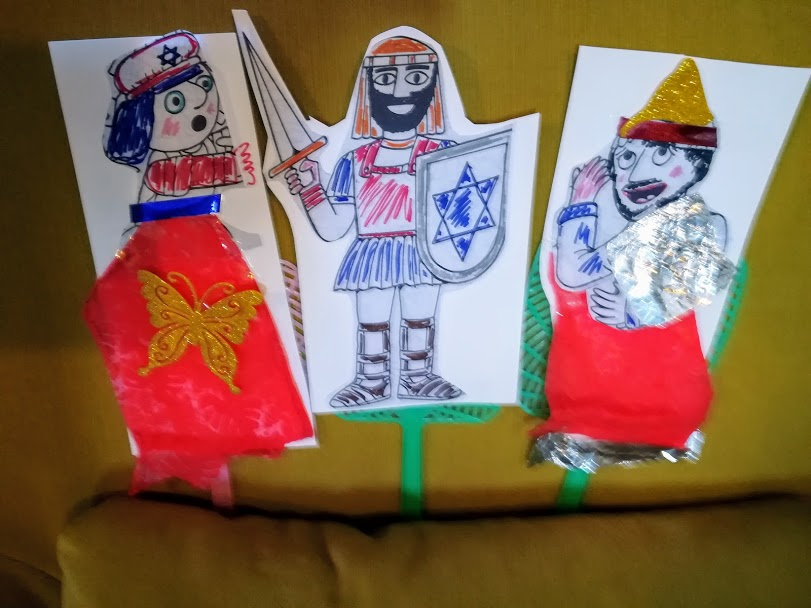 In a New York Times article dated March 8, 2019, journalist Milan Schreuer reports on a Belgium Carnival Festival that exhibited nasty anti-semitic overtones. Schreuer notes that although everyone is fair game for satire, the organizers who created the Jewish parade float went way too far.

Huge puppets characterizing Jews with garishly huge noses are fashioned sitting atop money bags, thus reinforcing stereotypes that in today’s Europe are dangerously provocative. Yet despite the antisemitism inherent in the Belgium Carnival’s crude portrayal of Jews, it is ironic that puppetry as an art form was brought to life in 18th century Europe by none other than Jewish puppeteers.

Indeed, puppetry has its roots in the Jewish storyteller known throughout Europe as a “maggid,” a word that literally means a “teller of tales.” Or as journalist Emma Simmons writes in the Jewish News of Northern California (2013) a maggid is “not quite a rabbi and more than a court jester, but with elements of both.”

So it was, Simmons writes, that “The maggid emerged in Eastern Europe in the 16th and 17th centuries as an itinerant storyteller. Over the years the maggid’s fantastical stories, often featuring biblical themes, caught on and before long morphed into dramatic performances that included actors, jesters, string marionettes and life-size puppets. Historians report that for the most part the only theatre available in small towns and villages were shows by itinerant, mainly Jewish, puppeteers.

Most historians trace the development of puppetry to the late 1500’s and early 1600’s when family-based puppet companies that traveled from London to towns in central Europe generally portrayed Jews as stock comical characters or worse – a practice that unfortunately persists even today as witnessed by the grotesque Jewish caricatures that paraded through the streets of Belgium just last week.

Following the Thirty Years War, (1618-1648) puppetry experienced a resurgence, with the most significant development emerging from Czechoslovakia where Jewish puppeteers had been perfecting their own performance – one that reenacted the story of Purim’s Queen Esther. The puppet company was based in Prague and its most popular drama, the one that played to standing- room-only crowds, was the Jewish puppet play “The History of Queen Esther, King Ahashverosh and the Haughty Haman.” In fact, more than 300 years later this same puppet drama enjoyed a revival in New York City.

The play became so popular that an English puppet troupe returned to Prague just to see it again. The Jewish-Czech performers were invited to London to perform the Queen Esther play, which became a major hit among the Jews there, who convinced their Czech “meshpucha” to stay in England for the Purim holiday. The Czech Jews obliged and in the 1700’s Purim Puppetry was born! Puppet troupes featuring not only marionettes but hand puppets as well, sprung up all over Europe and historians attribute the Purim tradition of mounting a puppet show to the rise of European street puppetry.

After WWI Yiddish puppet performances surged in popularity and prior to WWII they became a standard form of adult entertainment, especially in Poland where famous journalists and dramatists often wrote scripts specifically for use with well-known puppet characters.

Thanks to the wit and whimsy of Czechoslovakia’s Jewish puppeteers, Mr. Rogers, along with Sesame Street’s Jim Henson and many other troupes found acceptance internationally, including my own creations, The Kids on the Block educational puppets used in 30 countries around the world. Today puppetry claims its rightful place as an important part of legitimate theater – thanks in large part to creative and imaginative European Jews.