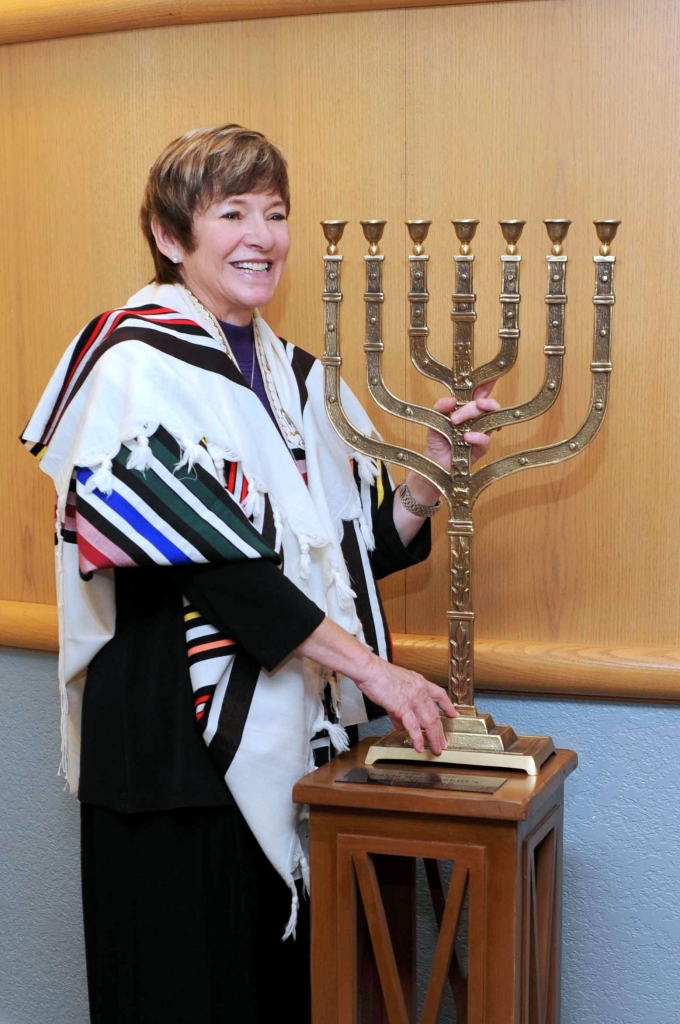 The Eternal Light of South Italy

The date was December 5, 2004 and I found myself in a place not often frequented by a Jewish rabbi  – the salon of a Catholic Church. I had just concluded a lecture on the lost Jews of Sicily and Calabria when a young woman pushed her way forward,  through the crowd that had gathered around me.

Monsignor Natale Colafati, who was now directing this animated group of Calabrisi to a side room, provided the impetus for this historic meeting. Opening the church to my lecture “La Judeka di Nicastro e la Storia degli Ebrei,” the Monsignor introduced my presentation by reminding the audience of more than 100 Calabresi how important it is to understand one’s history.  To my right on the dais sat a renowned professor, Vincenzo Villella, whose book about the Jews of Nicastro was one of only a very few volumes that acknowledged the ancient historical presence of the Jews in Calabria.

Even though my “lingua italiana” left much to be desired, the audience sat in rapt attention, completely absorbed by my family story. When the lecture concluded, I was stunned by the number of local Calabresi  who wanted to know more. That’s when the young woman demanded my attention. She grabbed my hand and whispered, “I have always felt Jewish but no ever believed that our family could be Jewish. Please help me.”

Her name was Antonella and when she told me her surname, I recognized at once that it one of many surnames listed in Inquisition records that indicated Jewish ancestry. Pressing Antonella’s hand between my own, I promised her that I would help her.  It was that promise that formed the basis of what was to become a more than decade long study of the thriving Jewish population that once graced hundreds of Calabrian villages and towns and a personal mission to serve those who wanted to know more.

As the first woman and first modern liberal rabbi in Italy, I had returned to Calabria, the land of my roots, where I had organized what was to become the first and only initiative to help southern Italians discover and embrace something that had been hidden from them for nearly 500 years. I had come to help them find their Jewish roots.

In Hebrew we say, “B’nai Anusim,” a phrase that means “the children of the forced ones.”  Forced?  How?  More than 500 years ago, during the time of the Inquisition our ancestors were forced to do one of two things; we were forced either to abandon our Jewish religion and submit to forced conversion, or we were expelled from our homes and villages.

As a “Bat Anusim” (daugher of the forced ones), I have personal experience with this tragedy.  My own ancestors, Spanish Jews, were forced to flee Toledo, Spain, then to Portugal, then to Sicily and finally to the mountains of Calabria to escape persecution, arrest or death.  In fact, my great grandmother, Angelarosa Grande was a direct descendant of Matteo de Grande, a “neofite” or “New Christian, whose property and goods were confiscated by the Inquisition authorities in the Sicilian town of Naro.  The family was arrested for “judaizing,” or practicing their Jewish traditions in secret.

Finally settling in the Reventino, in the tiny mountain village they called Serrastretta, my ancestors found a place to be Jewish, but given their frightening experiences, they chose to continue their clandestine observance. For centuries they lit candles on Friday evening, abstained for eating pork and, when a loved one died, they sat on low chairs and covered the mirrors throughout the house, ancient Jewish traditions they practice up to this day.

Itallians discover and embrace something that had been hidden from them for nearly 500 years. I had come to help them find their Jewish roots.

Thanks to a grant in 2006 by the Vuolo -Bernstein Foundation, a philanthropic group that supports Italian Jewish heritage, we were able to open and dedicate Sinagoga Ner Tamid del Sud.

In 2013 Walter Aiello,who discovered his Italian Jewish roots in Serrastretta, became, at 69 years of age, our first adult Bar Mitzvah in our newly enlarged and renovated synagogue.

In 2017 Sinagoga Ner Tamid becomes a recognized member synagogue of the Reconstructionist  Jewish movement. We join 100 congregations as a part of  the fourth largest Jewish movement in the world and and the first major movement in Judaism to originate in North America.

Founded by Mordechai Kaplan, who brought the concept of Bat Mitzvah for girls to modern Jewish practice, Reconstructionist Judaism is a modern movement that views Judasim as a progressively evolving civilization. The movement encourages theological diversity and emphasizes a positive view of the modern world. Communal decision making is a fundamental value of Reconstructionist Judaism and rabbis are encouraged to work in concert with their congregations to combine a traditional and modern approach to Judaism that meets the needs of the congregation.

In the words of Mordechai Kaplan,  “To believe in God means to take for granted that it is man’s destiny to rise above the brute and to eliminate all forms of violence and exploitation from human society. In brief, God is the Power in the cosmos that gives human life the direction that enables the human being to reflect the image of God.”

Throughout our nearly 12 year journey, our synagogue and cultural center (The IjCCC, Italian Jewish Cultural Center of Calabria)  along with our lectures, workshops and individual studies, we have had the joy to offer a modern liberal approach to Calabrians and Sicilians who long to discover and learn about their lost Jewish heritage. It is our joy and honor to continue our work under the auspice of the Reconstructionist Jewish movement.

Join us in the Synogogue

We offer a pluralistic approach to Shabbat services, festivals, memorials and life cycle events  in that we extend the hand of Jewish welcome to all those whose personal history propels them to our door. You are welcome if you are Jewish, half Jewish, feel Jewish or just want to know more.

We are egalitarian in that we offer the opportunity to all women to participate equally in the Shabbat services and festivals. We do not separate women from men and any woman who desires to do so may touch, carry or read directly from the Torah scroll.

We open our hearts to interfaith families in that we do not force a non-Jewish partner to make conversion – our personal histories that date back to Inquisition times affirm that forced conversions are always problematic and never appropriate.

We accept as Jewish the children of Jewish fathers as well as Jewish mothers. When one parent is Jewish we accept their children as Jewish.

We welcome gay and lesbian individuals, couples and their children who can live openly as both gay and Jewish.

We combine traditional Jewish prayers and blessings along with a modern participatory approach to services so that Jews of all backgrounds, visitors and friends can feel comfortable and included. 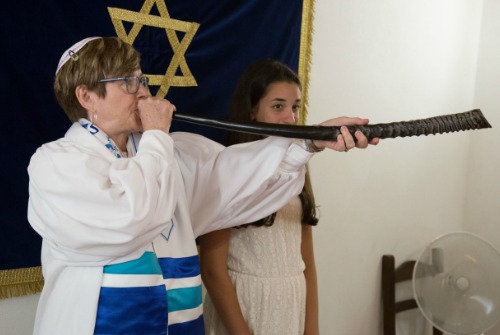 Meet Our Sinogogue Board of Directors