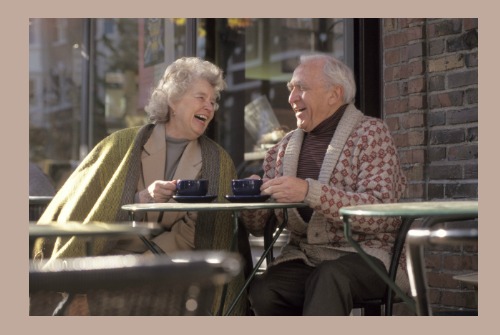 Well I made it another New Year,” Saul said.  “But will we make it to the next one?” mused Ellie. Saul and Ellie sat at a table sipping coffee (decaf, of course!) thinking about the year that was and the year ahead. “Rosh HaShanah’s come and gone and there are still things we want to do,” Saul said, “but who knows how much time we’ve got left?”

Saul and Ellie may not have said it in so many words, but they are talking about a concept called “The Bucket List,” first popularized by screenwriter Justin Zackham in the 2007 movie of the same name. In the film Jack Nicholson and Morgan Freeman portray characters, each dealing with a terminal cancer diagnosis, who decide to put their wish list into action by seeing and doing all the things they’ve only talked about but never got around to accomplishing.

Although the Bucket List idea now has its own website (Bucketlist.org) with more than 400 thousand participants and 4 million items on its “To Do” list, some historians believe that the term itself has to do with an ancient religious practice where a bucket of holy water was placed the foot of the bed where a deceased family member was laid out. When mourners came to visit the body, they would dip their hand into the bucket and sprinkle the departed with holy water.

Others believe that the term, “bucket List”, originated in the Middle Ages and derives from a grisly practice of placing a bucket under the feet of a condemned criminal who was about to be hanged – an act accomplished when the executioner “kicked the bucket.” Later the idiom was used generally as a slang term for death as in Joe ‘kicked the bucket.’

Regardless of its historical context, Blogger K. Dean among others notes that “many people believe that creating a bucket list channels your energies into accomplishing goals rather than wasting the time we have on Earth on things that don’t matter.” If that’s true, the advent of a new Jewish Year might be the perfect time to consider a Spiritual Bucket List.

Dr. Erica Brown thinks so. In 2016 she shared her ideas regarding a Spiritual Bucket List in a provocative article that appeared in the Jewish World Review.  In her piece Dr. Brown refers to the Book of Psalms (90:12) where we read, “So teach us to number our days that we may get a heart of wisdom.” Dr. Brown goes on to explain that our Tanak (Hebrew Bible) is filled with stories of death bed scenes and although our biblical heroes didn’t know from the phrase, “bucket list,” Dr. Brown explains that “they had a very deep understanding that the last words, blessings and demands one makes are listened to with a different kind of attention.”

So to all of our Sauls and our Ellies who wonder if they will see another Yontiff, Dr. Brown encourages you to consider creating and then accomplishing your own Spiritual Bucket List. Some ideas include:

In the film, Morgan Freeman muses that “Forty-five years go by pretty fast.”  Jack Nicholson agrees when he says that “the years pass like smoke through a keyhole.” They’re gone in before we even notice. Creating and dedicating oneself to a personal Spiritual Bucket List offers us, in our later years,  the tranquility of focusing on what is important and the comfort that comes with making things right.