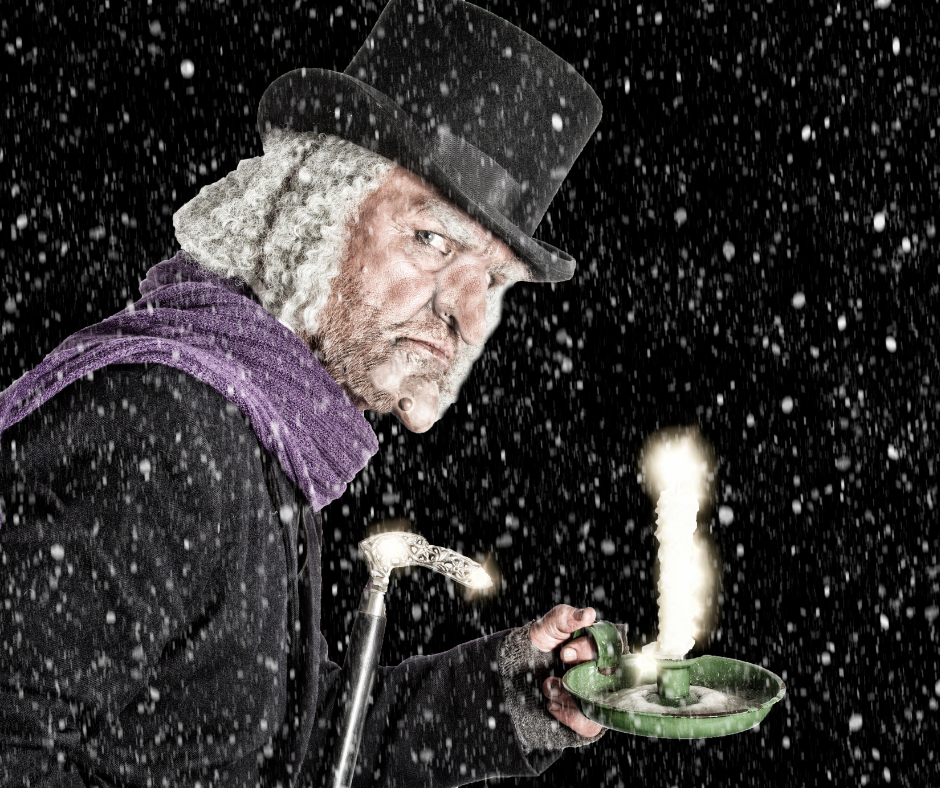 In his recent book, “52 Lessons From A Christmas Carol.” Author Bob Welch takes us back to the mid 1800’s when, thanks to two centuries of Puritan rule, “The Christmas spirit had fizzled across the land.” Welch reports that Puritan law specifically prohibited Christmas celebrations and decreed that “factories remain up and running throughout Christmas day. ’”

It was within this melancholy and malaise that Charles Dickens wrote his iconic, “A Christmas Carol,” a slim volume that celebrated kindness, charity and human transformation — ideals that parents the world over hope to instill in their children — ideals that have deep roots in Jewish tradition.

The story revolves around miserly Ebenezer Scrooge, his irrepressible nephew, Fred, Scrooge’s hard working clerk, Bob Cratchit and Cratchit’s struggling family. As the story opens it’s been seven years to the day since Scrooge’s partner, Jacob Marley, died, so on this Christmas Eve, the Yahrzeit or anniversary of Marley’s passing, Marley along with three Christmas spirits visit Scrooge, offering him an opportunity to transform his life.

Many famous authors of the day were moved by Dickens’ story and applauded it publicly but, according to journalist Adam Gopnik (New Yorker magazine 2011), no author was more enthusiastic than London author, Benjamin Farjeon, who was born and raised an Orthodox Jew.  Also a writer of Christmas books, Mr. Farjeon was encouraged by none other than Charles Dickens — so much so that Farjeon left his home in New Zealand and sailed straightaway to London. There he began work on his own Christmas story which featured Rachel and Ruth Silver, daughters of a modern Jewish family whose humanistic approach extended a preacher’s concept of “God help the poor,” to include basic Jewish pragmatism; “Man help the poor.”

But as the television pitch men tell us, “Wait! There’s more.” The Jewish values embedded in A Christmas Carol are not only Torah- and Talmud-centered, they are so numerous that a family’s reading of the Christmas classic, or viewing together one of the nearly 50 films and animations made about the story may generate myriad discussions of which any rabbi or Hebrew school teacher would be proud.

Scrooge eschewed making charitable contributions, especially where the poor were concerned. When approached, Scrooge rebuffed the request, asking “Are there no workhouses?” thus implying that it is the government’s job to care for those in need. The Hebrew word for charitable contributions is “tzedakah,” and we Jews are taught that Giving tzedakah, sharing what we have with those in need is an important mitzvah of Jewish life. The Torah admonishes us not to be “hardhearted or tightfisted toward (the poor). Rather, be openhanded and freely lend them whatever they need.” (Deuteronomy 15:7-8)

Scrooge’s nephew, Fred, (whose character, it is said, is based on Dickens himself) refuses to allow his uncle to dampen his holiday spirit. Fred wishes Scrooge a Merry Christmas to which his Uncle replies, “Bah, Humbug!” and goes on to complain that “Every idiot who goes about with ‘Merry Christmas’ on his lips, should be boiled with his own pudding, and buried with a stake of holly through his heart.”  “In the most important of the synagogue prayers, called the Shemoneh Esrei, we Jews are encouraged to practice gratitude and patience, the values exemplified in Fred’s behavior toward his uncle. The prayer urges us Jews to remain positive — “To those who curse me, let my soul be silent.” In other words it is a Jewish value not to internalize negativity.

Scrooge is visited first by the ghost of his long dead partner, Jacob Marley, who appears before Scrooge bound in chains. Marley explains that he himself crafted the “ponderous chain.” Kabbalists, the ancient Jewish mystics whose view of the afterlife included a description of what happens to the soul of the person whose behavior was wicked and self-centered, certainly could relate. These Jewish sages taught that the soul of the sinner walks the earth in a state of “consciousness of remorse.” Our Jewish mystics might ask, “Could this endless journey have been Marley’s fate?” Possibly, especially since Marley the Ghost explains, “I wear the chain I forged in life. I made it link by link, and yard by yard; I girded it on of my own free will, and of my own free will I wore it.”

The Ghost of Christmas Present leads Scrooge on what appears to be a spiritual journey to see the world as it exists beyond the four walls of his office – a journey that ends as Scrooge sees the effects of neglect of the poor. The spirit brings forward two pitiful children, shivering and dressed in rags. The sprit emphasizes, “This boy (represents) Ignorance and this girl (represents) Want. Beware them both.” It seems Prophet Hosea had a similar message when he said, “My people are destroyed for lack of knowledge.” Hosea concerned himself with what today we would call social justice, noting that there are grave consequences for not informing ourselves about the society in which we live.

As his character transforms, Scrooge promises that “I will live in the past, the present, and the future. The spirits of all three shall strive within me.” Moses ben Nahman, commonly known as Nachmanides, and also referred to by the acronym Ramban, was one of our greatest Jewish scholars. He wrote about Abraham, the father of the Jewish religion, reminding us that Abraham was fortunate to die “old and contented… (and) he saw all the longings of his heart come to pass.”

With his new heart, Scrooge paid Bob Cratchit a living wage and offered consistent financial and emotional support to Tiny Tim, Cratchit’s disabled son. In addition, Scrooge reunited with his own family and shared his wealth with organizations that supported the poor. Living an ethical life, indeed living a life steeped in Jewish values offers the same peace of mind. Dickens’ themes are Jewish themes and sharing Dickens’ delightful and meaningful “A Christmas Carol” gives us Jews a unique opportunity to embrace both.