Rabbi Barbara Aiello, Italy’s first female Rabbi, spoke about her time growing up in Pittsburgh and her analysis of Italian Jewry during World War II.

Aiello’s three addresses, which largely focused on Italian Jewish history, welcomed several hundred attendees, as the speaker crafted rich and informative presentations with both a reliance on engaging props and the linguistic peppering of Italian and Hebrew throughout her remarks.

Aiello, who just turned 70, was born in Pittsburgh’s East End and formerly resided in the city’s Beechview and Dormont neighborhoods.

“I have happy memories of Pittsburgh,” she told listeners at the Oct. 29 program. “I took the Incline when it wasn’t a tourist attraction.”

Though certain aspects, such as the growth of Station Square, are noticeably different, much remains the same, she added. “Pittsburgh is Pittsburgh. It’s opening, welcoming and friendly. You get the mishpachah feel.”

Careful not to repeat too much of Saturday’s biographical spiel in which she described her background as a first-generation American, Aiello spent Sunday briefly recounting how she was sent to Sacred Heart, a local Catholic school, after her father, Antonio Abramo Aiello, caught her smoking behind a nearby pharmacy.

“He said that the nuns will straighten you out, and they did,” said the daughter, who later graduated from Indiana University of Pennsylvania.

While Aiello seasoned her speech with other familial sprinklings, she directed most of her comments to an analysis of Italian Jewry and World War II. 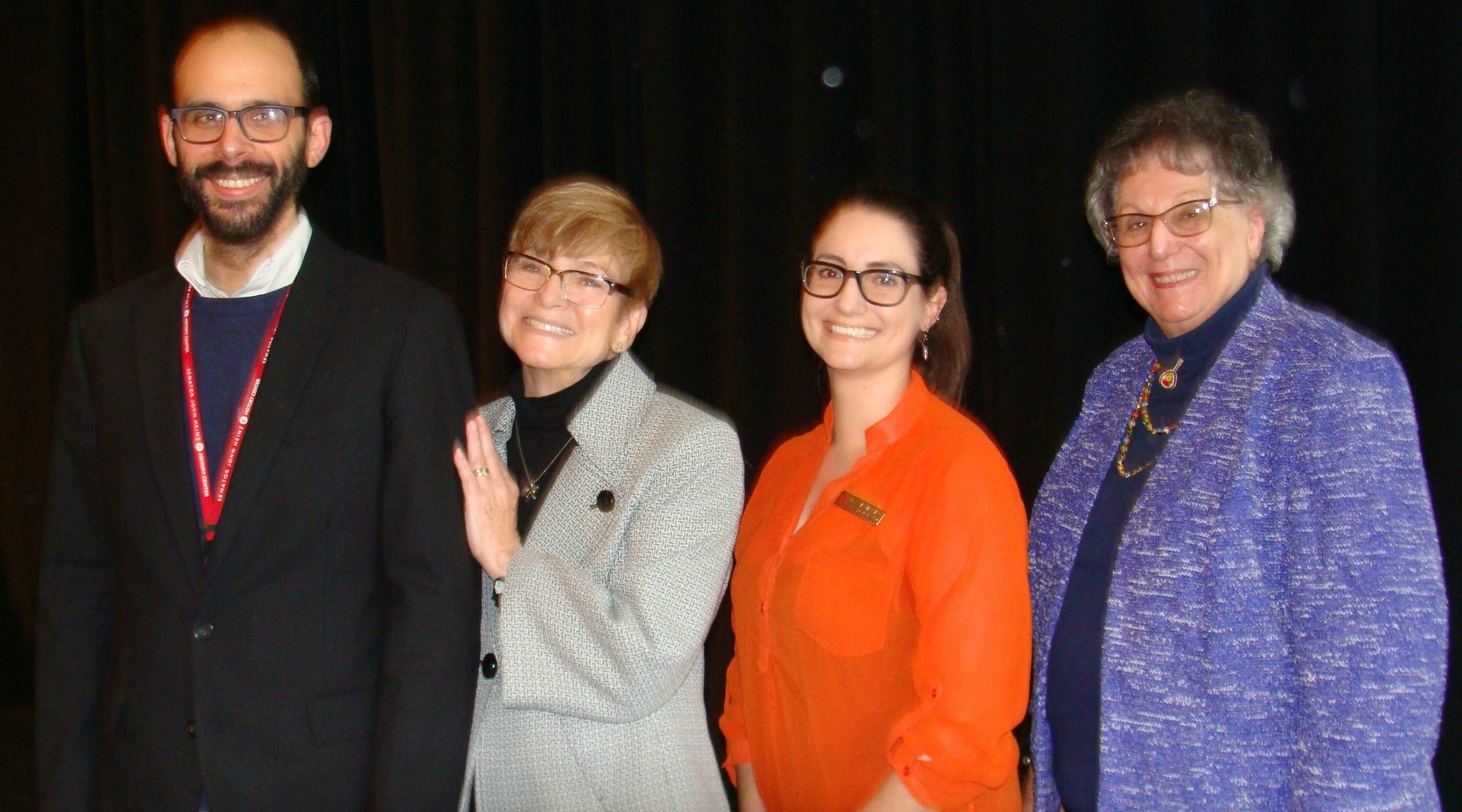 Beginning with Italy’s economic realities at the close of the Great War, the rabbi explained how so many Jews, including her own relatives, supported the rise of Benito Mussolini and the Italian fascist movement.

“While Mussolini was crafting his ideas, the Jews in Italy were doing well,” so much so that when the socialists and communists threatened to take over, it was of great distress to the numerous Jewish businessmen who had “worked hard” to secure their post-War fiscal positions.

Nevertheless, the same Jews who had supported Mussolini’s political rise and even protested beside him in October 1922’s March on Rome eventually met personal and professional peril, as the 1938 promulgation of the leggi razziali (Italian racial laws) enacted persecuting measures against the Italian Jewish community, she explained, before marking a distinction.

Though similarities existed to Nazi Germany’s Nuremberg Laws, the cultural climate in which the leggi razziali were enforced was wholeheartedly different, she said.

“Neither the Italians or Japanese cooperated regarding the final solution” and, as opposed to Jewish residents of Eastern Europe, more than 80 percent of Italy’s Jews survived the war, as “many Italians didn’t turn their backs on Jews,” said the rabbi who was later praised for delivering a balanced report on an ignominious period.

Though praiseworthy of gentiles who hid Jews or parties who resisted anti-Semitic government pressures, Aiello also acknowledged the actions of Italians who exposed Jews for financial gain.

“Italians can be embarrassed of our alignments to Hitler, but there are moments from the era to be proud of,” she said.

Prisoners of Ferramonti were not only permitted to engage in cultural, educational and religious activities but also other liberties such as receiving packages and visiting relatives — experiences absolutely unimaginable to detainees of alternative European camps — explained the rabbi who noted that the discrepancies were due to contradistinctive ethos.

“It’s not part of the Italian character to treat another person so badly,” she said.

After providing other examples of seeming imbalances in Italian Jewish treatment during the war, Aiello concluded her comments with a claim that “Italy’s story is not black and white but shades of gray.”

“This is the best lecture I have heard in many years,” said Joseph D’Andrea, former honorary consul of Italy in Pittsburgh who praised Aiello for her “informative report on the history of Italians in the pre-fascist and post-war world.”

Similarly lauding was Eddie Shaw of Squirrel Hill who said that through prior studies he was “sad to learn about the Italian involvement in World War II with the Jews. But her talk redeemed Italy’s treatment of Jews for me.”

Aiello’s discussion of both World War II, as well as her earlier oration on “The Story of the Hidden Jews of Southern Italy,” were “fantastic,” said Kathleen Vescio Rosella, an organizer of the Heinz History Center events. 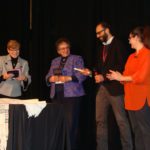 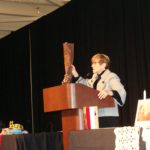 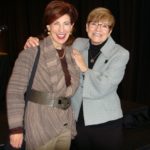 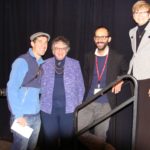 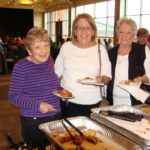 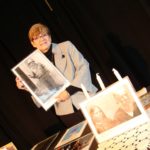 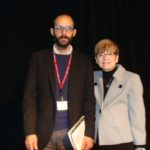 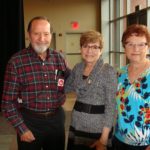 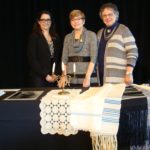 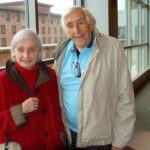 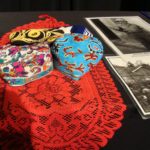 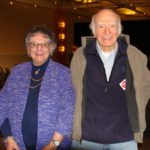 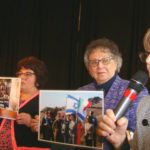 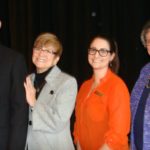 As she commonly does throughout her presentations, Aiello eschewed PowerPoint because of its “passive learning” and instead displayed photographs and other materials, including a multipinned boot, which served as a three-dimensional map of Italy, a miniature chair to demonstrate the lowered “shiva seat” and Italian shawls similar to taleisim.

The rabbi’s remarks not only dispelled myths but awakened a familiarity among attendees, explained Melissa E. Marinaro, curator of the Italian American Program at the Heinz History Center.

“I thought it was interesting to see a number of customs that Jews and Italians have in common,” said Rosella.

“This is a different way of creating programming,” said Eric Lidji, archival consultant at the Rauh Jewish Archives at the Heinz History Center who assisted Marinaro and Rosella with Aiello’s Pittsburgh engagements.

This is an exciting opportunity to bring together these groups, as “the mainstream doesn’t always see the links between our two communities,” said Marinaro. PJC

Adam Reinherz can be reached at areinherz@pittsburghjewishchronicle.org.