Pluralistic Judaism Unites Us All

For most of us Jews we don’t need current research (The Pew Report among others) to document what in our hearts we know is true. The number of Jews worldwide is declining and synagogue membership is at a new low. Denominational differences heightened by carping, sniping and in-fighting find many Jews side stepping established religion altogether while others feel that synagogue politics has left them spiritually bereft. 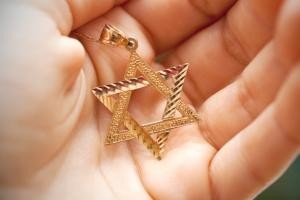 Yet, in the face of all of these difficulties, a new openness is emerging. There is a movement just beginning that suggests that we Jews set aside specific denominational differences and widen our embrace of Jews of all stripes and colors. The timing is right for Pluralistic Judaism.

This new movement is based on the Jewish concept of “Tarbut HaMachloket,” which, in Hebrew means “freedom of thinking and speech,” and includes behaviors which help Jews of all backgrounds live successfully alongside those Jews with whom one might not agree. Tarbut HaMachloket dates back to ancient times when conflicting views of Judaism were represented by the polar opposites, Beit Hillel and Beit Shammai. Hillel’s more liberal views often took precedence over Shammai’s more strict interpretations, however the sages emphasized that both views, although sometimes contrary one to another, were valid.

Pluralistic Judaism offers a practical application of Tarbut HaMalchloket in the following ways:

Pluralistic Judaism is open and welcoming to Jews of all backgrounds. This means that all Jews who attend a pluralistic synagogue accept the full participation of women and extend the hand of Jewish welcome to interfaith families, gay and lesbian partners and their children. Traditionally observant Jews are respected and made to feel at home alongside Jews who are new to or returning to synagogue observance. The pluralistic synagogue welcomes B’nei Anusim, Jews from lost or hidden communities, marranos and conversos, who are beginning to discover and embrace their Jewish roots.

Pluralistic Judaism is organizationally independent and is not affiliated with any Jewish organization or umbrella establishment. There is no bureaucracy or hierarchy. This means that each individual pluralistic synagogue organizes services, festivals and life cycle events to meet the needs of the group.

Pluralistic Judaism respects the Jewish traditions surrounding the Hebrew language. This means that services will include some Hebrew but no one need be a Hebrew speaker or Hebrew language student (or expert) in order to participate. Each person’s level of expertise is respected and Hebrew snobbery is not tolerated.

Pluralistic Judaism respects Halakah (Jewish law). In the pluralistic synagogue Jewish law is explained and each person makes her/his own choice as to level of observance. Pluralistic Judaism acknowledges that the word “halakah” is based in the Hebrew root, “holech,” which means “to walk.” Thus halakah is a changing phenomenon, implying that Jewish law moves forward and embraces new knowledge.

Pluralistic Judaism is dedicated to achieving a balance between Jewish tradition and new ideas so that Judaism becomes and remains relevant to modern life. We subscribe to the joyful aspects of Jewish observance and we dedicate ourselves to maintaining warm relationships with each other and with the larger community. We extend the hand of Jewish welcome to everyone. We support Tikkun Olam, making the world a better place and leave individual political beliefs, parties and persuasions at the door. We love Israel and honor those Jews who live there as well as those who chose to live in the Diaspora. We offer a home to every Jew.